skip to main | skip to sidebar

Its been quite a while since ya'll last heard from me but i've been busy handlin' a couple of things yaknow...anyways I ain't lettin ya'll down when it comes to my monthly free download release, so here we go:

My newest single's called "Platoon Leaders" and features Apaulo Treed. The song is a military-style-battle-rap track while the B-Side "Represent The Revolution Pt.2" featuring French rapper Alpaga is more militant and political! "Platoon Leaders" is produced by my man Romeo (Berlin/Germany) and "Represent The Revolution Pt.2" has been produced by Stabil (Copenhagen/Denmark). As always there's a remix to the title track which has been produced by my man Marodeur (also Berlin/Germany) again. As ya'll might see, we got some pretty international release right here (Germany, USA, France & Denmark)... 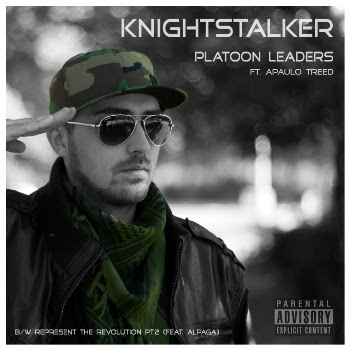 Koyto: Forth And Back Vol.2 OUT NOW!!! (incl. Knightstalker Exclusive!)

Right after dropping the "Opening Move" single earlier this week (see middle/bottom of the message) I'm back wit some news again. My man Koyto, a very talented beatmaker from Spain, dropped the seconds installment of his "Forth And Back" series, fifteen fresh joints on some real hiphop shit. The album boasts a dope international lineup including Kohndo (La Cliqua/FR), Phil The Agony (Strong Arm Steady/USA), Junclassic, Sabotawj AND myself of course (+ lots of other dope emcees!!!).

My song is called "Ancient Spirit Pt.2" and as the name is indicating, its the follow up to one of my very first songs ever, "Ancient Spirit" (prod. by Lord Vlad)...

So check out this great compilation TOTALLY FOR FREE 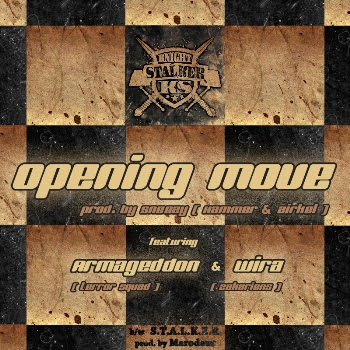